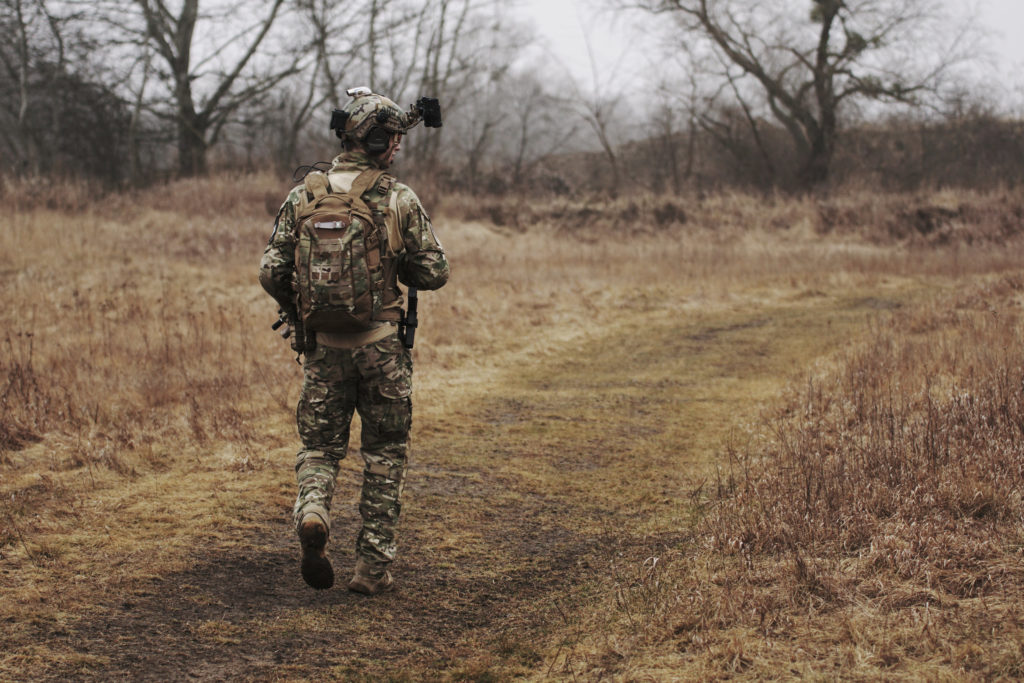 The selection process is renowned for being the toughest of them all, with most applicants failing.

Through recreations of the selection process, Channel 4’s SAS: Who dares win teaches us lessons from the SAS around leadership, resilience and fortitude.

As you can imagine, SAS: Who dares win is not your average reality show. There is no lazing around gossiping on sun loungers allowed on this programme!

Contestants are sent to a location with punishing climates to undertake gruelling challenges. This year the series was filmed on the Isle of Rasaay off the coast of Scotland.

The show recreates the SAS selection process, and the aim is to survive all the challenges on rationed food and little sleep, intended to test the contestants both physically and mentally, and make it through the process without quitting or being thrown out.

But as well as being entertaining, the programme provides some useful lessons from the SAS that we can take away.

Don’t bury away your emotions

This is something which is given a lot of attention in the SAS.  The Staff, all military veterans,  make sure to regularly ask the contestants about their mental state and how they’re coping. They’re often encouraged to open up about their past struggles and the events that have shaped them today, with some contestants sharing extremely traumatic stories. This shows us the emphasis placed on mental health and coping strategies in the SAS.

These sorts of conversations serve as a great example of mental-health becoming a more vocalised and normalised topic. It certainly serves as an encouragement for viewers to start a conversation regarding mental health with family and friends.

The Staff know all too well how emotions play a part in the SAS. Having all served a period of time in the special forces, they have all suffered and had to deal with the torturous effects of war on their mental health.

Confronting your emotions, rather than burying them away, he says, is the way to grow mentally stronger.

Thinking before you act

In high-pressurised situations, it can be easy to ‘lose your head’ and make a snap-decision, which may not be the right one.

During SAS training, recruits are deliberately put in stressful situations to analyse how they act under pressure.

This is recreated in the programme. For example, they’re told to study the British army allies, and then put in a battle environment. When coming across another soldier, they must instantly assess the situation, whether the other soldier may be an ally and whether to ‘shoot’. For some contestants, aggression gets the better of them and they act without thinking.

What’s notable is that some recognise that instantly turning to anger is a trait they’re not too proud of and that they need to improve on. To us, this seems like the first step to overcoming something – recognising where downfalls are occurring.

Not many of us will ever be on a battlefield, but we will all at some point in our lives be in a situation where we have to make a snap decision under pressure.

Quickly assessing potential outcomes is a skill which will certainly come in useful. This should also be accompanied by a level-head and controlled emotions.  Getting overwhelmed can often exacerbate and make a situation seem worse.

Push yourself out of your comfort zone

The SAS is epitome of tough individuals being further pushed out of their comfort zones.

The tasks in the programme, which represent scenarios from SAS training, aren’t just physically challenging, either. It takes a mental strength to endure what the SAS do as they’re often yelled at and pushed harder during the training.

True change and improvement come when you push yourself and try harder than before.

Of course, it might prove too much, but even if you ‘fail’, a lesson will have been learnt and improvement made.

Contestants are free to give up and quit at any point in the process. All they have to do is hand in their numbered armband.

If most of us were forced into freezing seawater or told to carry another human up a muddy cliffside we’d outright refuse, and hand in our armband straight away!

But SAS recruits battle through gruelling and challenging scenarios because to complete them is their goal.

Although they may seem crazy to some, recruits put themselves through the torturous challenges to prove to themselves that they can achieve what they set out to do.

The contestants of the show often have time with the camera to discuss the reasons why they set the goal of enduring the challenges – one man wants to make his father, who served in the SAS, proud, for example.

Now, our own goals may not be as physically demanding as SAS recruits’, but that doesn’t mean we can’t learn from them.

Setting goals serves as great motivation and breaking down goals into short term – to be completed by the end of the day, for example, and longer – yearly, perhaps – can help focus the mind and priorities.

Of course, it’s easy to comment on the lessons learnt from the SAS as we watch the men and women shivering in icy water from the warm comfort of our sofas! But what people find challenging varies for each individual. Having a discussion about emotions and feelings may be just as hard for one person as hiking up a mountain is for another.

Have you been watching the programme? If so, what lessons are you learning from the SAS?