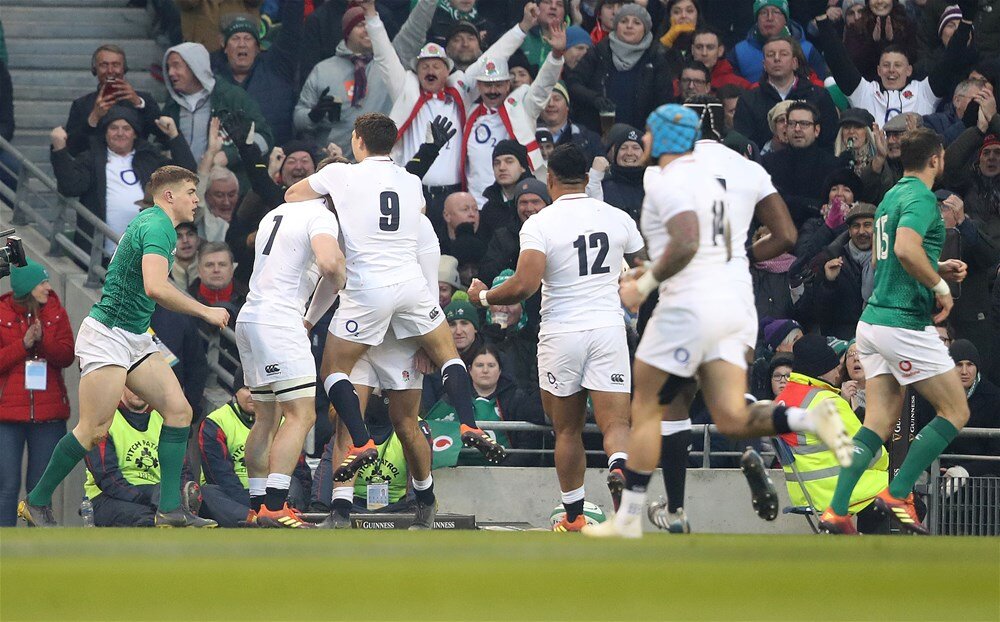 It’s that time of year again – weekends are commandeered by the big screen, and ‘fantasy Rugby teams’ are in full creation.

The Six Nations is an extraordinary annual event – as well as being an excuse for a social get-together, the amount of sheer talent on display and the unbelievable tries are memorable for the rest of the year. Who can forget Johnny Wilkinson’s breath-taking drop-kick which won them the 2003 World Cup Final?!

After a disappointing start to the 6 Nations for us England supporters this weekend, we’re hoping the Roses will bounce back ahead of Saturday.

The key quality that springs to mind when we think of the England Rugby Team is teamwork, but from looking at the team’s core values, we can see that teamwork is just a small part of the values which the team abides by.

What we do day-to-day is obviously very different from the England Rugby Team! We don’t have the eyes of the nation watching our every move whilst we work (thankfully!) but we still recognise the value that core values can add to us as a company.

Many companies have ‘core values’, and the England rugby team is no different. Much of the way it is run is essentially the same way a business is run.

The values of the England rugby team help define who they are:

Aside from making the game smoother for both teams, no one wants to be the distasteful player arguing with the referee. Mutual respect is important for the team – they aim to not only be respectful to others, but to earn the respect of the world.

We think it’s great that enjoyment is one of the team’s core values. After all – what is the point if it’s not enjoyable! Partaking in a game which is enjoyable will be encouraging for younger players and will further make rugby an attractive sport to girls and boys everywhere.

The team’s value of ‘discipline’ does not just apply to training; it includes adhering to the rules and laws. Eddie Jones, in his autobiography ‘My Life and Rugby’ describes his upbringing as being disciplined, something which he has passed onto his players.

By having sportsmanship as a core value, the team are, again, proving themselves to be role-models for younger boys and girls. Shaking hands with the opposing team after the game, not ‘rubbing it in their face’ and thanking the ref all serve as ‘best practice’ for the sport.

For the England Rugby Team, teamwork really is the be-all and end-all for the sport.

Former England player Jason Robinson has previously said that “everybody has got to feel able to contribute to the success of the team or it will all fall apart”.To be able to act as a team, the England Rugby squad must first embody the other four values – respecting each other, enjoying what they do, ensuring they’re disciplined and sportsmanship.

Teamwork really is essential for pretty much all businesses and companies, and that certainly includes ours! Sharing advice and supporting each other takes the standard of our work from high to excellent.

The England Rugby team have shown that creating values – there only needs to be a few – really refocuses attention on why a team or company does what they do.

If your company, or the company you work in, doesn’t have some set core values, perhaps consider introducing some in 2020. We find they can really help to define and solidify a culture and unite employees as everyone holds the same values.

After a disappointing loss at the Rugby World Cup, we’re backing England all the way in the Six Nations! Who are you supporting?