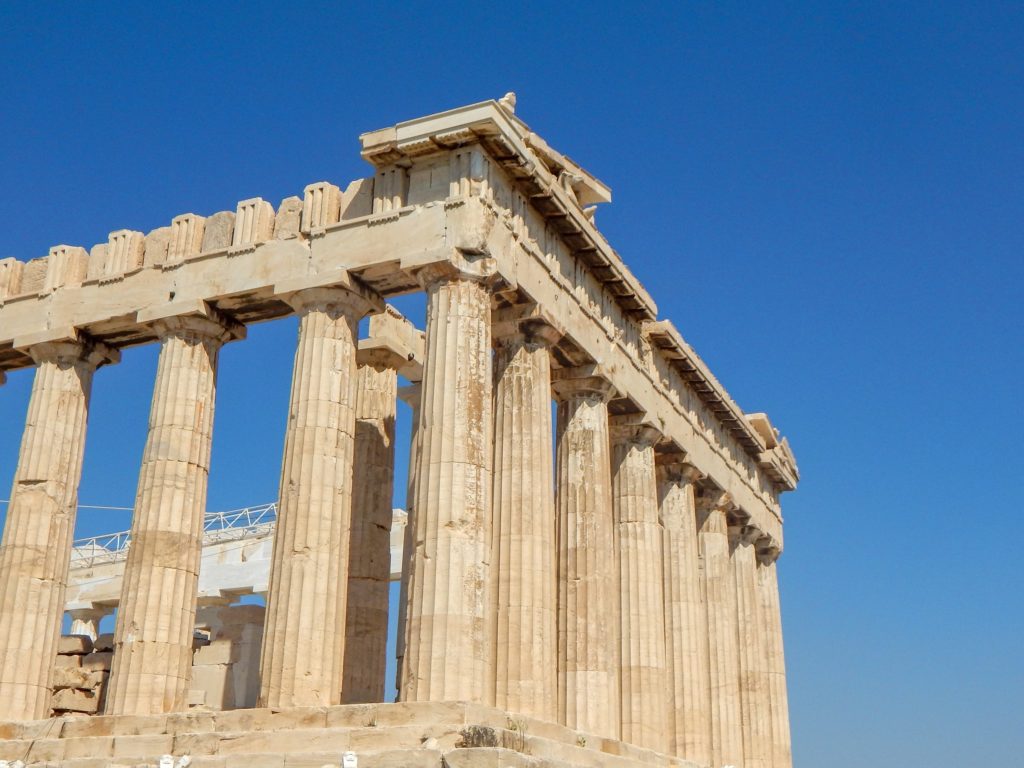 Much of the way we live today is down to the ancient Greeks, and they formed the basis of Western philosophy, zoology and science. So, really, a lot of today’s world is all thanks to them!

Focusing on four famous Greeks which you may have already heard of, we’ve researched some of the ways in which they have helped shape life today, in particular the scientific research they carried out.

Although not a scientist himself, Socrates developed a way of asking questions which has shaped how we work today, and is fundamental to the way many engineers function: to solve a problem, break it down into a series of questions and through constant examination and dialogue, try to reach a solution.

He also writes about the world that we live in compared to the ideal world which he believes to exist. For Plato, the world we see around us is a shadowy – only a pale reflection or copy of the “real” world. This perfect real world is made up of “ideas” or “forms” that act as paradigms for the structures and shapes in the world we experience.  These platonic forms are perfect models of materials, such as a chair or bed, and also of more abstract things such as beauty, justice or virtue.

For Plato, the universe is made up out of five forms – the tetrahedron, cube, octahedron, dodecahedron and icosahedron. This could be seen as the theory of relativity or quantum mechanics of its day.

He spent a lot of time studying the science of astronomy –Planetary motion, for example. Plato claimed that each planet revolved on multiple circular tracks, rather than just the one and aimed to make irregularities in astronomies regular. He set his students and successors challenges of constructing a regular, geometric account of the movements of the sun, moon, stars and the five planets Mercury, Venus, Mars, Jupiter, and Saturn.

Plato was not a ‘mathematician’ as such but was still viewed as a skilled teacher of mathematics.

Although many today will not believe in what Plato did – second ideal universe which contains the essence of all things – the search for a perfect form is not far from the thoughts of creative engineering geniuses in the modern world.

You will probably think of Aristotle as a famous philosopher, but he also spent much of his life devoted to the study of science and combined both philosophy and science. He wrote around 200 treaties, but only 31 survive.

He sections his findings of science into three: productive (those that have a product, such as engineering and architecture), practical (ethics and politics), and theoretical (physics, mathematics and theology).His work on ‘Natural Philosophy’ would now be regarded as sciences such as physics and biology.

Named the ‘father of Zoology’, Aristotle also carried out extensive research on animals. For example, he put a lot of effort into identifying traits in species and classifying them accordingly, and he conducted experiments such as dissecting birds’ eggs at different stages of development.

It is said that Aristotle’s discoveries, including the dismissal of infinite velocities and that time and movement are continuous and inseparable formed the basis of Einstein’s Theory of Relativity.

Aristotle also contributed evidence and theories to support the idea that the world was sphere and not flat – for example that those in Egypt and Cyprus were able to see stars which were not visible in northern parts of the world.

Archimedes is recognised as one of the leading scientists and mathematicians of the classical period. He was responsible for recognising a method to determine the volume of an object with an irregular shape – created when he was given the task of figuring out if a gold crown had any silver in it.

Alongside this, he invented a screw, known as ‘Archimedes’ screw’. The screw was turned by hand to remove bilge water from the ship. This screw is still used today for pumping liquids.

Of course, this is only a small snippet of the work of these ancient Greeks – the amount they produced is huge, and really goes to show how much time they dedicated to experimenting and researching.

We are particularly interested in Plato and Aristotle, as it was their work which influenced the ethics and values we believe in and adhere to. For example, Aristotle believes the way to happiness is to lead a virtuous life.