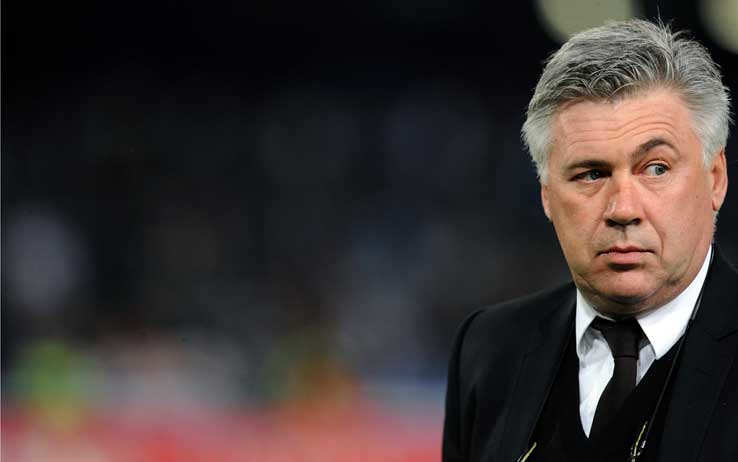 You may have seen one of our previous blog posts all about Sir Alex Ferguson’s approach to leadership. If not, you can read it here.

We concluded that Sir Ferguson has a very successful and defined leadership style.

This got us thinking… what other leadership styles of football coaches out there could we get on board with?

Ancelotti is an Italian football manager and former professional player. He has managed some of the top clubs in the world, including Milan, Chelsea and Real Madrid, and has lead his clubs to UEFA Champions League victory three times, and the FIFA Club World Cup twice.

Like Ferguson, Ancelotti started off from a working-class background, which he recognises has forced him to recognise the importance of hard work and commitment.

Yet, Ancelotti’s managerial approach couldn’t be further than that of some of the big names in the football managerial world.

‘Carletto’, as he is sometimes referred to, prides himself on valuing an authentic and ethical leadership style. By doing this he stands out from the others. His leadership style has been viewed in the past as too soft, or not authoritative enough, but it is one which he has proven to be successful.

We’ve compiled a few of our favourite parts of advice from Ancelotti’s ‘Quiet Leadership’, and added our suggestions of how we can apply them to our own lives:

1. Staying true to your character

Ancelotti prides himself on sticking to his personality and style. He shares stories of times when he was pushed to follow a certain path but stuck to his guns. For example, when other clubs put more pressure on players and worked them harder, he went in the opposite direction and made his players rest more to allow time to fully recover from injuries. In Christiano Ronaldo’s chapter of the book, he comments that Ancelotti’s humility was unusual in the football industry. But this didn’t stop Ancelotti from sticking to his values.

This is an important message for the workplace. Don’t be afraid to share your ideas and be prepared to back them up with why you truly believe they are valuable.

2. Focus on a familial environment as a priority

When he started at Paris Saint-Germain he made the creation of a restaurant a priority. He felt that this helped create a familial environment and says that the key to success is to have everybody working together towards a shared goal.  Ancelotti felt it was his job to create this family. Zlatan Ibrahimovic shares an anecdote of when Ancelotti came and met the players for a drink at 11pm. He even keeps in touch with players after being sacked from Madrid. This attitude towards community is something which other football managers do not place as much effort on, but it is important to Ancelotti, and so he sticks to it.

Whether you are a leader or an employee, you have a role in making the workplace feel like a family. Make new members of the team feel welcome and get to know them on a personal level. This will make it easier to turn to each other for advice and to work alongside them for the long-term.

3. Aggression is not an indicator of power

This message is prominent for the entirety of Ancelotti’s book. He does not believe in having to be a dictator just because he is a manager. As the name of his book suggests, he has found “Quiet Leadership” to be the most effective. That’s not to say he never gets angry – Ibrahimovic even shares a story of Ancelotti kicking a box at him – but he saves it for when it really matters, for example when work ethic is lacking. This also helps the emotion have maximum effect. If a match is lost, Ancelotti encourages the players to keep up morale, look forward and make strategic change, rather than getting annoyed at them.

In the workplace, delivering empathy to solve a problem can be much more productive than aggression. Understanding why a colleague or employee has done something can help tackle a problem more effectively, as well as creating a calmer environment for everyone.

We’ve learnt a lot from Carlo Ancelotti, and his lessons all comes down to the basic principle for success – treat others with respect. Being a ‘nice’ leader doesn’t mean you sacrifice authority.

We also note that although we’re all on board with taking advice from those you admire; it is important to create your own unique approach. Everyone in the world is different, and so each and everyone’s styles will be different, too.

What do you think of Ancelotti’s ‘quiet’ approach? Would you respect him?